MPK Wroclaw awarded Pesa a contract in December 2015 to supply six three-section bidirectional vehicles, and an option for two additional vehicles was exercised in March, taking the total value of the order to Zlotys 66m ($US 17.5m).

The first vehicles were delivered in June, but alterations were required to platform faces at 15 stations before the fleet could enter service.

The 30m-long standard-gauge LRVs accommodate up to 220 passengers.

Last month MPK Wroclaw placed a Zlotys 23m contract with Modertrans, Poland, for six Moderus Beta partially low-floor trams with an option for a further 16 units. The first of these vehicles will be delivered in December.

What do you think about the new trams in Wrocław? Are they really necessary? 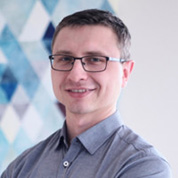